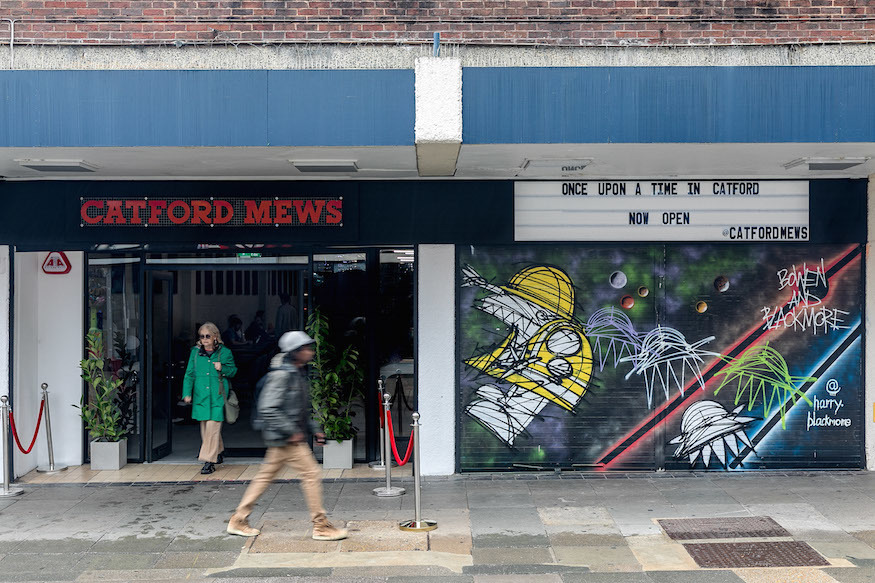 The building doubles up as a live entertainment space, offering somewhere for local performers, groups and schools to put on music and comedy shows. Affordability is one of the key principles of Catford Mews, with cinema tickets from £4.99-£9.99, and memberships available for Catford locals. 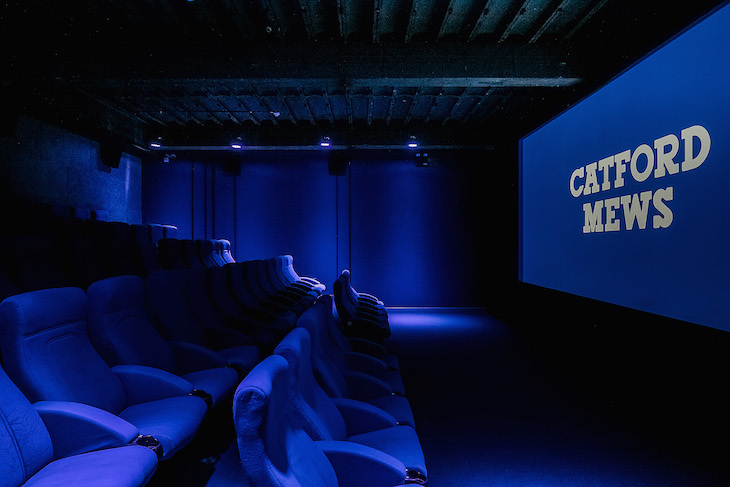 Local traders serve up their dishes at the pop-up food market — think vegan Scandi-inspired deli by Duan’s Deli, a fresh take on Jamaican patties by Patty Man, popular Japanese dishes by FUSÉ and vegan doughnuts by Bears Dough. Caffeine comes courtesy of Compound Coffee, and Brockley Brewery and Brixton-based Indigo Wines are on hand for something stronger. 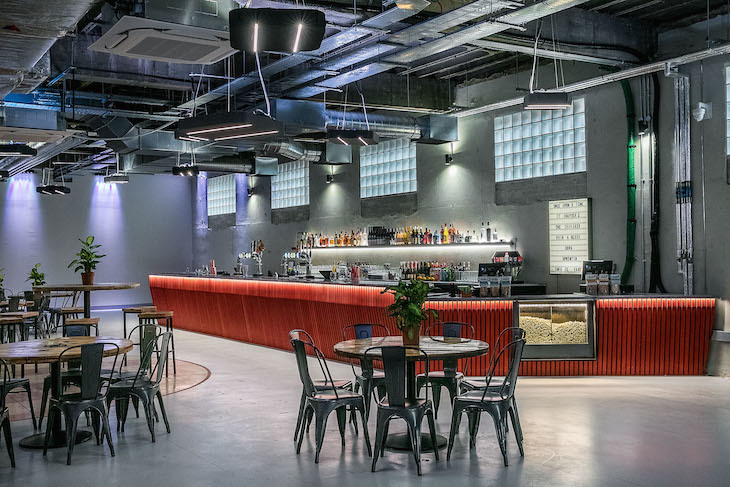 Catford Mews is the first project by developer Really Local Group, which aims to restore cultural infrastructure by ‘putting the heart back into the high street’. Hayes in west London is the location of the group’s next venture, with others due to follow.